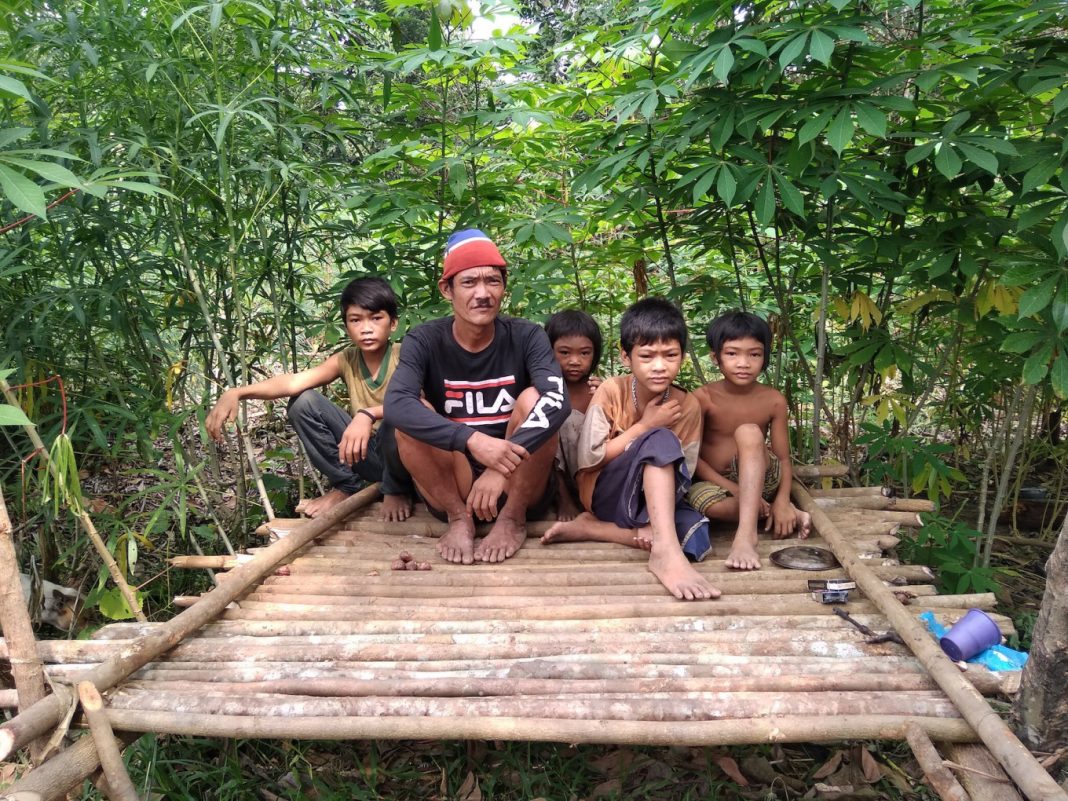 Batin Sembilan tribe member Mat Attam (second left) and his children who live by the Meranti River in Musi Banyuasin regency, South Sumatra. He claimed to be related to Mat Liar. (JP/Jon Afrizal)

For many people who have been mired in the scheduled routine of contemporary life, the sheer wilderness of nature has long promised an appealing liberation from the mundane. An entire tourism segment even thrives as it caters to the public’s need for a temporary retreat away from the bustling civilization.

Some view the way of nature as a fascinating mirror of present-day society. There are, however, few others who see it as a legitimate alternative to modernity.

Peter van Kan, a Dutch national who had become a legal Indonesian citizen, was an adventurous soul who is believed to have left modern civilization to join the indigenous Batin Sembilan tribe deep in the Bantayan Conservation Forest in Musi Banyuasin regency, South Sumatra in 1964.

Ferina said that Van Kan, who was born in 1940, had gone hunting for wild animals with his friends in the Bantayan Forest on the day he went missing. However, she said Van Kan was not among his friends when they returned from their jaunt in the forest.

In fact, he has never returned since then, she said. 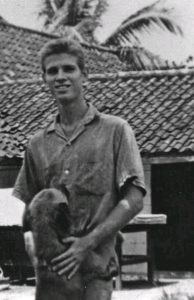 The Facebook post marked the beginning of an effort to piece together clues regarding the current whereabouts and well-being of Van Kan. Based on preliminary information, Ferina, who now resides in Haarlem, the Netherlands, said she was certain that Van Kan had chosen to join the indigenous Batin Sembilan tribe and changed his name into Mat Liar.

The Batin Sembilan tribe is known as a native nomadic group that often moves around the forest in search of a new home.

“I’m certain that he’s still alive. Peter’s sister, Helga van Kan, also became convinced after a fortune teller in the Netherlands had told her so,” she told The Jakarta Post on Friday.

Mat Liar has since become a myth among conservationists who have visited the forest on multiple occasions. In 2014, environmental groups Burung Indonesia and Warsi Indonesian Conservation Community collaborated in a four-day expedition to track down the Batin Sembilan tribe and Mat Liar himself along the Kapas River, which passes through the regency.

Neither the indigenous tribe nor Mat Liar was found. Mat Liar remained as elusive as his name, Liar (which could be translated as “wild”, but in an unruly, wandering sense) suggests.

However, the expedition team did encounter someone named Mat Taufik, a local who lives around the river. He identified himself as a liaison of sorts between Mat Liar’s people and other groups within the Batin Sembilan tribe who had chosen to live in the forest.

Mat Taufik has a turtle shell that he typically hits as though it were a musical instrument. Its loud, rhythmic sounds summon Mat Liar’s people and other members of the indigenous tribe, he said.

“They no longer want to be summoned lately. I have no idea why,” he told the Post.

The legend of a Dutchman who had decided to live with the Batin Sembilan tribe has grown especially popular among the locals who live around the Bentayan Conservation Forest, which spans 19,300 hectares. 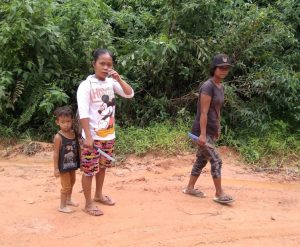 Mat Attam, a member of the Batin Sembilan tribe who lives by the Meranti River in the forest, said he belonged to the same family as Mat Liar. Mat Attam is taller compared to his brethren within the tribe.

Another tribe member, Mat Tanding, said they had deliberately retreated to nature, since they thought the outside world was still plagued by rampant colonialism.

He said the tribe was originally formed by a group of defiant natives in ancient times, who resisted subjugation from the colonial government.

Mat Tanding went on to say that every male tribe member was to be called “Mat”, a common Malay word that he said originated from the Islamic name “Ahmad”. Despite hints of Islamic heritage, the Batin Sembilan tribe mostly practices animism and dynamism.

He said Mat Liar’s group might consist of 20 to 30 tribe members. Additionally, he said he suspected the group lived somewhere in an area dubbed High Home.

“Most [members] of his group are now probably plagued with severe fevers,” he said.

Several sharp objects such as spears found during the 2014 expedition in the area might support Mat Tanding’s assumption regarding Mat Liar’s whereabouts.

Burung Indonesia researcher Marahalim Siahaan believes that knowledge of such weapons did not come from the tribe, but rather from an outsider.

“I suspect that knowledge of these objects was passed on from Peter, who had lived in modern civilization,” he said.

Mat Liar remains a mysterious figure within the forest. Marahalim said he once encountered a small group of natives who claimed Mat Liar to be their leader. However, he said the group didn’t allow him to meet their leader since they said Mat Liar had grown old and frail.

It is still unclear whether Mat Liar is indeed Van Kan.

Speaking to the Post, Icha Marissa, Van Kant’s grandchild who lives in Palembang, said her relatives told her that her grandfather once visited the family several years after he had gone missing.

According to the story, Van Kan appeared unkempt that day, with messy hair and torn clothing. Van Kant never stepped into the home, choosing instead to stand by the front door.

She said Van Kan had already gone by the time the relative returned from the kitchen to give him a glass of water. He has not returned since, she said. 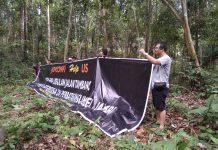 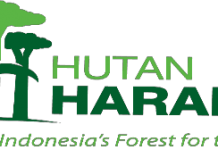