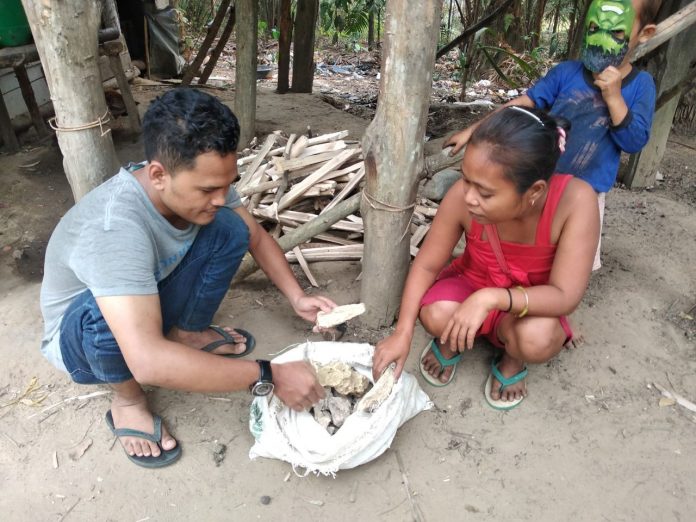 The Jakarta Post/Jambi – Thirty-year-old Nani came home feeling anxious. That Friday afternoon she brought with her only one sack of meranti (Shorea) and damar wood weighing less than 20 kilograms.

“After the forest burned in recent months, it has been very difficult to find damar resin,” she told The Jakarta Post.

Nani is one of only 31 adult women of Batin Sembilan tribe who live in Sungai Kelompang village, Sungai Bahar district, Muaro Jambi Regency, Jambi Province. Their livelihoods depend solely on the forest.

Collecting damar resin is a crucial part of the livelihoods of these indigenous people. They call it mandah, which literally means scouring the forest to fulfill their basic needs.

The mandah usually lasts for one week. Hopping on motorcycles, three or four members of a family, including children, enter the deepest parts of the forest located between the provinces of Jambi and South Sumatera.

The journey, which usually takes around three hours, includes traversing difficult terrain of sharp climbs and steep descents. When the group finally arrives in an open area within the forest, they erect a humble tent, known as sudung, using small tree trunks as the floor and a plastic tarp shaped into a triangle as the roof. From dawn until dusk, the family will explore the forest. Two to three women usually walk together to find meranti trees that have fallen naturally.

Damar resin found on the ground around fallen trees is known locally as damar daging (damar meat). For each fallen meranti tree, the family can gather around 4 kilograms of damar resin, which is found in fist-sized solid clumps and resembles a brownish yellow-colored stone.

“Damar (resin) will be collected and taken out of the forest two or three times during each mandah period,” said Bi Teguh, 35, a female figure of the Batin Sembilan tribe in Jambi Province.

The damar resin will then be sold to a merchant for Rp 2,000 (US$0.14) per kilogram. Ever since the forest burned, it has been very difficult to collect resin, said Bi Teguh. Prior to the forest fires around three months ago, each woman was usually able to find around 25kg of damar resin per month.

“Currently, we’re lucky to even gather 20kg,” she added.

For these indigenous people, damar resin is closely connected to women. Other than scouring the forest, women also serve as middlepersons and merchants for the product.

Marina, 40, works as a middleperson in Sungai Kelompang village. She usually trades 60 sacks of damar resin collected by the village women per month to a merchant in Sungai Bahar district. Each sack weighs around 40 kilograms.

“(However) for the past three months (we’ve only traded) 40 sacks per month,” said Marina.

Aside from selling the resin for money, the villagers also use damar resin for their daily needs, including as fuel for torch fires, to patch their small boats and as incense  for traditional ceremonies.

The forest in general is an important part of the villagers’s lives. Despite the increasing popularity of modern medication, dukun (shaman) still treat locals before they are taken to the nearest clinics or community health centers (Puskesmas). Also known as sidi, a shaman usually utters some sort of spell while using various forest plants.

“The times may change, but our identity will not,” Mat Nusi said. 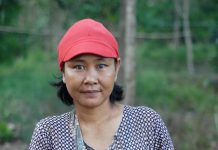 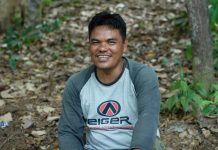